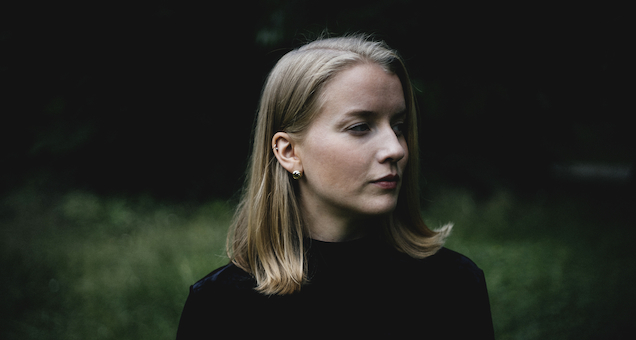 Helga Myhr (NO)
https://helgamyhr.bandcamp.com/releases
The hardanger fiddle plays a prominent role in Norwegian folk music and it is an instrument heavy with tradition. The young musician Helga Myhr has managed to tap deep into those traditions, while also carving a very personal path. Myhr hails from Hallingdal - a valley in the East of Norway and her music connects deeply with that landscape and the traditional music from the area. Here you will find old folk melodies, religious hymns and sacred music, but in Myhr's music you will also find a bold and curious exploration of her instrument. From meditative moods and quiet contemplations, her music might move into atonal experiments and rough improvisations. It's music that draws from the deepest wells of folk music and spiritual music, yet it feels highly contemporary.
Helga Myhr has collaborated with artists like Vassvik and Rasmus Kjorstad (both of whom played at Fanø Free Folk Festival in 2019). But in October 2019 she finally released her solo album "Natten veller seg ut". An incredible solo debut. At Fanø Free Folk Forever Helga Myhr will also perform solo - pure hardanger fiddle bliss in the space of Sønderho Church!
Presented with support from PULS.

Nevesta's Voice (DK/DE)
http://nevestasvoice.dk/
Stories and landscapes come to life and cross each other through the otherworldly voices of the three women Johanne Baadsgaard Lange, Elisabeth Klein and Helene Tungelund who together form Nevesta's Voice. Originally brought together by a mutual love for the Bulgarian singing tradition with its depth, power and heart aching beauty, Nevesta's Voice have since set out on an ongoing journey, exploring various sound universes of European folk songs. From the very north of Scandinavia and The Baltics, through the Balkans, Mediterranean and the Middle Eastern cradle of Europe. Nevesta's Voice interpret and pass on folk songs in their own honest, minimalistic and soulful way. Often in a purely a capella form, but at times also accompanied by such instruments as accordion and celtic harp. Last year they did a beautiful a capella concert in a sold out Sønderho Church. We're honoured to bring them back there again.